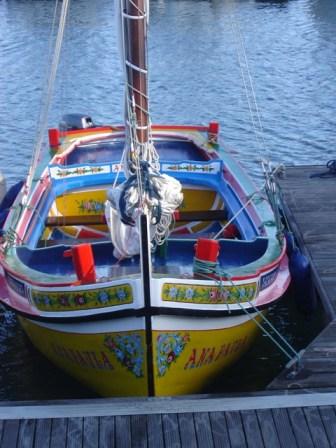 On the European Oceans Day, the Tagus Navy - live pole of the Maritime Museum of Lisbon - consisting of the typical boats that sail in Tagus River was institutionalized by the Portuguese Government. To be noted the contribution made by His Excellency the Secretary of State for National Defense and Maritime Affairs, Dr João Mira Gomes.

On 28th June 2008, in the Moita docks, in a public ceremony, with the presence of Their Excellencies, the Secretary of State for Defense and Maritime Affairs Dr. João Mira Gomes and the Chief of Staff of the Navy, Adm. Fernando José Ribeiro de Melo Gomes, who kindly signed the Honour Book of Registry of the Tagus Navy, was the Book signed by all the owners and skippers who participated to whom were given the respective carnets and distinctive badges.

The June 28 is the Tagus Navy Day. (See photos)