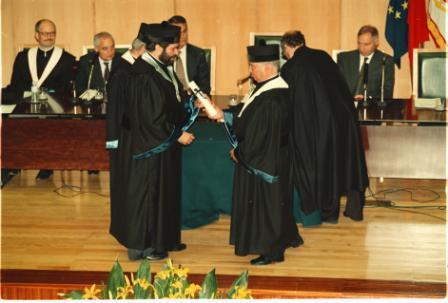 2003-2005 – Scientific Coordinator of the Master Degree in Technology Information and Security” in University Independente.

1996-2005 - Pro-Rector for research at the University Independente.

1995-2005 - Professor and Director of the Faculty-of Engineering Science of the University Independente.

1985-1996 - Professor at the Instituto Superior Técnico (Technical University of Lisbon).

1980-1987 - Director of the basic training course in’ Ophthalmic Optics for the National Opticians Association.

1980-1987 - Founder and first Director of the Portuguese School of Optics and Optometry. 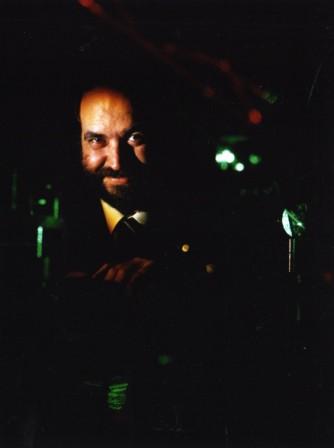 Holder of five patents, he has designed and developed the engineering of various products currently in industrial production, some of which have been exported.
Of these products the following are noteworthy (the date indicates when production started):
Optical Components (lOLA) for export (1976 … ); Overhead Projector (FOC Escolar) for export (1977 … ); Optics Kit (FOC Escolar) (1980 … ); Aiming Collimator (INDEP) for export (1982 … ); Machine for straightening gun-barrels (INDEP) (1983); Night Vision (INDEP) exported (1984);

PoSAT-1 Satellite (Po-SAT Consortium - INETI - EFACEC - ALCATEL - MARCONI - OGMA - IST - UBI - CEDINTEC) launched and operational since 26th September, 1993; Systems for the measurement of the solid volume of truck-loads of wood, exported to Brazil (1994); Satellite communications stations in operation throughout the world for the Portuguese Armed Forces. This product elicited the following comment from General Cerqueira Rocha in his Army Day speech on 25th July, 1996:
“With respect to co-operation with national industries the co-operation with the Instituto de Tecnologias de lnformação deserves particular distinction, as a result of which the permanent and campaign communications of the Army are integrated, through a satellite link, within the National PoSAT Project. Terminals of this satellite are operating within the UNAVEM III programme and shortly in Bosnia-Herzegovina.

The products produced for industrial users those of note are:
Projector of Conventional and Structured Laser Light (ESTEREOFOTO) (1979); System for the Inspection of Diamonds (DIALAP) (1979); Paralelitex (IT - ANIL) for export (1980); Pilositex (IT - ANIL) for export (USTER - Switzerland) (1982); System for the Inspection of Detonators (INDEP) (1983); Telescope for Tension Measurement (COVINA) (1989); Sitrac; Villaser; Icaro; Simula; Mater; Excolaser .

2019 - President of the board of trustees of José Carlos Godinho Ferreira de Almeida Foundation, by appointement of Senhor D. Manuel, Bishop of Guarda. 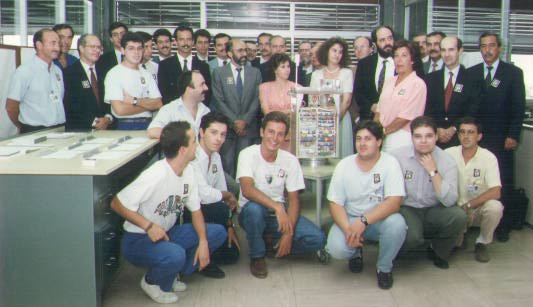 sociação dos Proprietários e Arrais das Embarcações Típicas do Tejo - Owners and Skippers of theTraditional Tagus Boats Association)
2004 - Member of Board of Centro Náutico Moitense
2004-2005 – President of General Council of SIDES, S.A.
2001-2015 - Scientific Coordinator UNIDCOM/IADE.
1999-2012 - Science Administrator NATO.
1998-2002 -Appointed by the Portuguese Industrial Association to be a member of the EuroDefense Group (Portugal).
1997-1999 - Vice-President of the Strategic Council of EMPORDEF - Empresa Portuguesa de Defesa,S.A. (Portuguese Defense Company).
1996-1999 - President of NAIPTEL - Núcleo das Indústrias de Telecomunicações da Associação Industrial Portuguesa (Telecomunications Industries Group of the Portuguese Industrial Association).
1991-1999 - Chief of the PoSAT Consortium (INETI; EFACEC,S.A.; ALCATEL; MARCONI; OGMA, S.A.; IST; UBI; CEDINTEC) which build and successfully launched Po-SAT1, a portuguese satellite on the 26th September 1993. The satellite, a LEO, serves Portuguese troops in peace keeping missions in Bosnia, Angola and wherever and whenever it is necessary. It is also linked to 140 stations around the globe for VITA and Jackson & Tull.
1990- 1 October 2014 -Chairman of the Portuguese Chapter of AFCEA - Armed Forces Communications and Electronics Association.
1983-1999 - Member of the Board of EID - Empresa de lnvestiqação e Desenvolvimento de Electrónica. S.A., (private company with 214 employees, 140 being engineers).
1985-1997 - Director General of the Information Technologies Institute of LNETI (Government Institute with 110 employees, 60 scientists, 30 engineers and 20 technicians).
1988-1995 - Director of SATCART Consortium (Geometral,S.A.; EID,S.A.; NATO-FLAD (Luso-American Foundation for Development) and LNETI) for the production of cartography from satellite imagery. SATCART consortium carried out Po-SATCART project under a Science for Stability NATO program.

1984-1988 - Member of the Board of INDEP (National Defense Industries - a public company with three thousand employees).
1984-1985 - First Portuguese Coordinator for the Eureka project.
1981-1985 - Director of the Department of Nuclear Sciences and Technologies (40 employees, 30 being scientists) of the Energy Institute of LNETI. 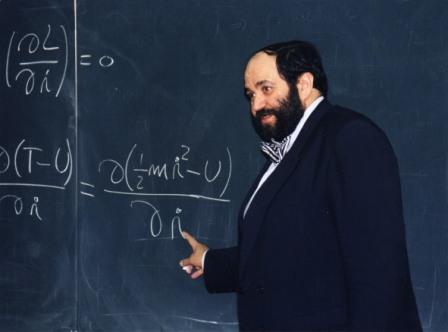 In 1977 he was honoured with the Prémio Pfizer for results obtained in the medical applications of image processing.
He was awarded the Prémio Gulbenkian de Ciência e Tecnologia in 1978 and in 1982 for the development of algorithms for the calculation of optical systems and for the application of laser techniques to the characterization of textiles.
In 1989 the Sociedade Histórica da lndependência de Portugal honoured him, for the body of his scientific work, with the Prémio da Identidade Nacional.
For work developed in the field of information theory he received the Prémio Boa Esperança in 1990.
In the same year he was made an honorary member of the Professional Union of Portuguese Opticians and Optometrists for his contribution to the advance of Optics and Optometry in Portugal. The Casa de Imprensa voted him Scientist of the Year in 1993, awarding him the Prémio Bordalo. For his contribution to the advancement of scientific and technical knowledge of communications systems, electronics, intelligence and information theory he was awarded a Meritorious Service Award by AFCEA-International in 1994.
The Porter Report (1995) refers to, as one of four successful examples, his work on the application of optoeletronics to the cork industry. In 1996 he received the Albert J. Myer Achievement Award for his work on information theory. In 1998 the National Opticians Association honoured him with the “Diploma of Merit" for his research results in Optics and in 2014 the ANO Career Award.

and of the Russian Federation Ambassador PDF

He has supervised nineteen Ph.D. thesis.

1998 - Patent of Admission in the Association of Our Lady of Lapa, given by the Rev. Bishop of Lamego.

1992 - Commander of the Military Order of Santiago da Espada.

Thesis of Master in NATO – Scientific and Environmental Affairs Division:

- “Possible use of Food as a Biological Weapron”, Andreia Loureiro, Universidade Católica Portuguesa, 2001;